Top 10 Reasons Why You Should Play Video Games

on September 01, 2012
Researchers are seriously investigating what exactly gaming can do for you. Scientists, therapists, and sociologists alike discover that gaming can change you for the better.

Millions of gamers punch their thumbs on their gamepads everyday. With 1.6 gamers to every US household, the case for video games deserves some serious consideration apparently.

I’m not the most avid of all the gaming enthusiasts; here's my Top 10 Reasons Why You Should Play Video Games, anyway. 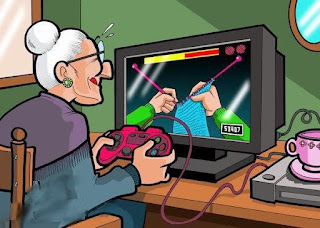 10. Games can be therapeutic.

It has been found out that virtual reality helped treat the pain of a severely burned marine. In the game SnowWorld, doctors put him in a 3D snowball fight while surgeons operated on his burns. With the game, he thought about the pain less than 25% of the time.

The game “Chaz Fortune” simulates a bar with casino games to help gambling addicts resist their temptations and quit their vice.

Games are now seriously integrated into the treatment of mental and physical health, early development, and rehabilitation.

SpiderWorld lets people with arachnophobia face a tiny spider at their own pace. Dirty Bathroom takes people with Obsessive-Compulsive Disorder (OCD) through messier and messier bathrooms, helping them overcome their anxiety.

According todid-you-kno.tumblr.com, playing Tetris after a traumatic event reduces the occurrence of negative flashbacks.

According to a US study, 76% of married couples said playing MMORPGs like World of Warcraft together had a positive effect on their marriage.

The Military use games to train soldiers for a simulation of a “military environment”. These war games include the Tom Clancy series, Call of Duty, Brothers at War, America's Army, Battlefield, and others. Virtual simulators from games are used by pilots use for training.

The U.S. Army has deployed machines such as the PackBot and UAV vehicles, which make use of a game-style hand controller to make it more familiar for young people [4].

More than 100 Fortune 500 companies, like IBM, Cisco, and Cold Stone Creamery, use some form of gaming for training purposes. 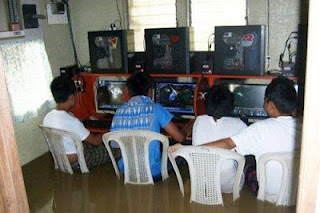 6. Games are excellent for socializing.

Sixty-five (65%) of gamers play with their friends.
Two out of five US and UK Internet users play social games for more than 15 minutes a week. On Facebook, 40% of users' activity is spent on social games like Words with Friends, FarmVille, and others.

Online gamers like World of Warcraft (WoW) and Runescape are brimming with people and adventures. WoW alone has a whopping 12 million members - about the same as the megacity Tokyo's population!

I have a friend who has fetched a foreign friend he met in an MMORPG from the airport and drove him around the city.

Games improve creativity and imagination. Students are found to be "learning by doing" while playing video games while fostering creative thinking [3].

According to research discussed at the 2008 Convention of the American Psychological Association (CAPA), certain types of video games can improve the gamers' dexterity as well as their ability to problem-solve. A study of 33 laparoscopic surgeons found that those who played video games were 27% faster at advanced surgical procedures and made 37% fewer errors compared to those who did not play video games [5]. 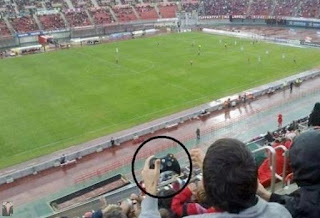 Physical and aerobic workouts in games like Wii Fit and Kinect Fitness can boost stamina and heart rate levels. Researchers also use games to monitor the health of senior citizens. Their efforts can predict an illness or even a patient's risk of falling.

According to the 2008 CAPA in their study of 303 laparoscopic surgeons (82%men and 18% women), showed that surgeons who played video games requiring spatial skills and hand dexterity and then performed a drill testing these skills were significantly faster at their first attempt and across all 10 trials than the surgeons who did not play the video games first.[5]

It has been shown that action video game players have better hand-eye coordination and visuo-motor skills, such as their resistance to distraction, their sensitivity to information in the peripheral vision and their ability to count briefly presented objects, than nonplayers.[1]

Action games also help sharpen vision and help cure ambiyopia (commonly called as "lazy eye"). In one hour, some games can do what an eye patch does in 400 hours.

Games improve quick decision making even with multiple things at once. Reflexes are shown to have been improved in gamers. Gamers develop the capacity to solve several problems in different situations, too.

According to researchers Shawn Green and Daphne Bavelier of the University of Rochester, video games are based upon the player navigating (and eventually mastering) a highly complex system with many variables. This requires a strong analytical ability, as well as flexibility and adaptability.

He argues that the process of learning the boundaries, goals, and controls of a given game is often a highly demanding one that calls on many different areas of cognitive function. Most games require a great deal of patience and focus from the player, and, contrary to the popular perception that games provide instant gratification, games actually delay gratification far longer than other forms of entertainment such as film or even many books.[2]

Non-English native speakers who play games are also shown to have improved capabilities in oral and written English compared to those who don’t.
People that play video games make decisions 25% faster. 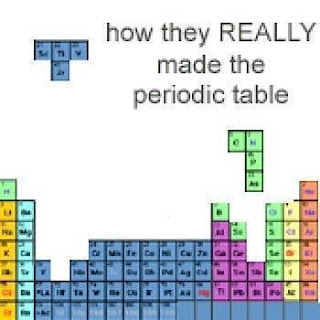 To sum it up, games can indeed have positive effects. But that doesn’t mean that it has no bad effects, either. As with anything, moderation is the key.

Experts suggest playing for less than 21 hours a week. Past 21 hours, benefits for gaming decrease and the effects turn harmful. Some games are marred with extreme violence and other bad things not recommended for children of young age. Discernment and choosing the right game is very important.

Anyhow, I was stacking pallets with odd-sized boxes earlier. I did it with ease, thanks Tetris. 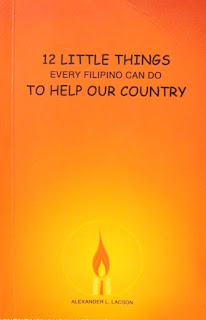 L ong before running for the Senate in 2010, Attorney Alex Lacson was able to publish a book entitled, “12 Little Things Every Filipino Can Do to Help Our Country” in 2005. The book became a bestseller largely due to Max Soliven’s column entitled, “A Filipino of Faith” in the Philippine Daily Inquirer. The book tells us that it’s not about the people placed on the pedestal. It is us, the Filipino people who holds the country’s fate. There’s this book I encourage everyone should read (many of you might have actually read it). This book is a best-seller on its first release about five years ago. I deem it necessary for the book's main points to be disseminated as a post-election eye-opener. I see this book’s points fitting to what I would like to share on this blog. I’ve already made reference on how defective our society is on my previous entries. We need to act now and change our olden and rotten ways. The nice thing about the book is that it opens new insights and remedies o 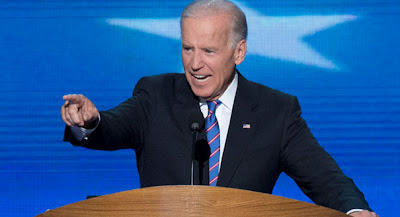 I finished my degree in Bachelor’s degree in Political Science at MSU-IIT in 2009. A couple of weeks ago, I searched the net for a list of people who also had the same major, but to my dismay, I found none. I then took the matters into my own hands and single-handedly searched the educational background of some famous people whom I discovered having Political Science degrees. Together with law, these degrees seem to be the most popular for current and aspiring politicians, but the fact is, people pursue to all sorts of careers afterwards. So here’s My List of Thirty Famous People Who Majored in Political Science (#10 to #1). You might want to check out those who made it to the 30th to 21st spots here ; 20th to 11th spots, here . And as how we chant it at MSU-IIT - Sikhai PolSci ! 10. Joe Biden He is probably best known for running along side US President Barrack Obama in the 2008 United States Elections. Biden studied at the University of Delaware in Newark where he recei 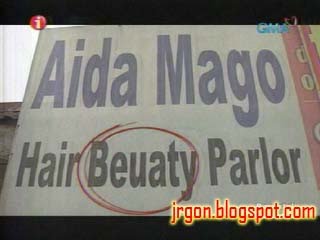